I’m not sure what happened between version 2.1 and 2.2 and if it’s something only I’m experiencing.

In the previous version of D5 Render, I’d been having issues with an odd bright reflection on the kitchen counter in my model even after placing the model at 0,0,0. You can see it in the corner: 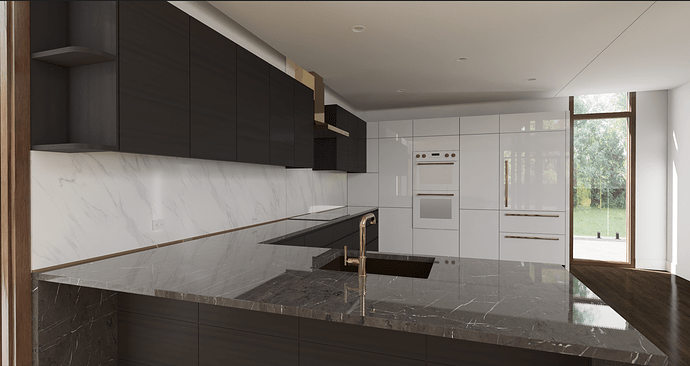 I did not save the model or its position. So today I opened the same model again but this time in version 2.2 and placed it at 0,0,0 and this is what I got – even more bright reflections as if the walls and ceiling were now glowing: 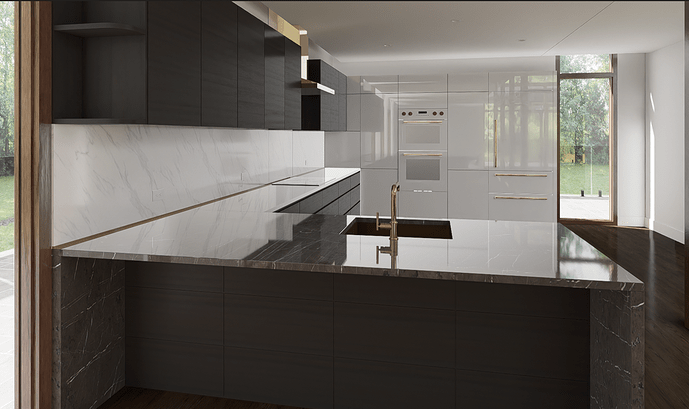 Does anyone know what might be going on? Oddly I have a previous version of this model in the location far from 0,0,0 and when opened in version 2.2 it doesn’t glow.

Additionally the model has no lights other than what is coming through the windows. 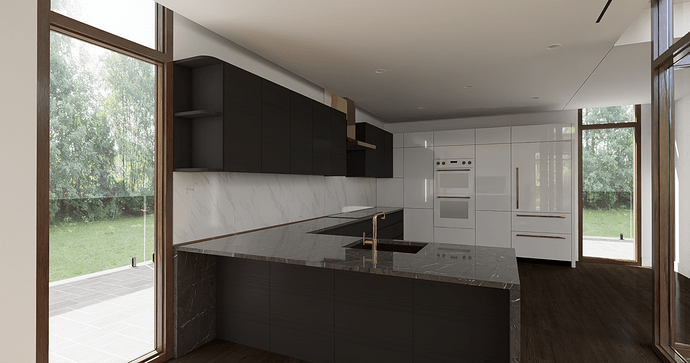 Hi Jeffrey,
From this screenshot, I think the GI is normal, compared with that when the model is at 0,0,0. I think it is also affected by the model scale and cached scene settings. It does not matter as we are going to switch to a new GI and solve this kind of problem this year.

For now, the only strange thing from your scene is this area, right?

I am not sure where it comes from. Can you compress this scene then send to me? I guess it is related to the model, but to confirm that we need to the file for testing, thanks~

You’d said this happens when the model is far from 0,0,0, which this model is. When placed at 0,0,0 the countertops and shiny cabinets glow.